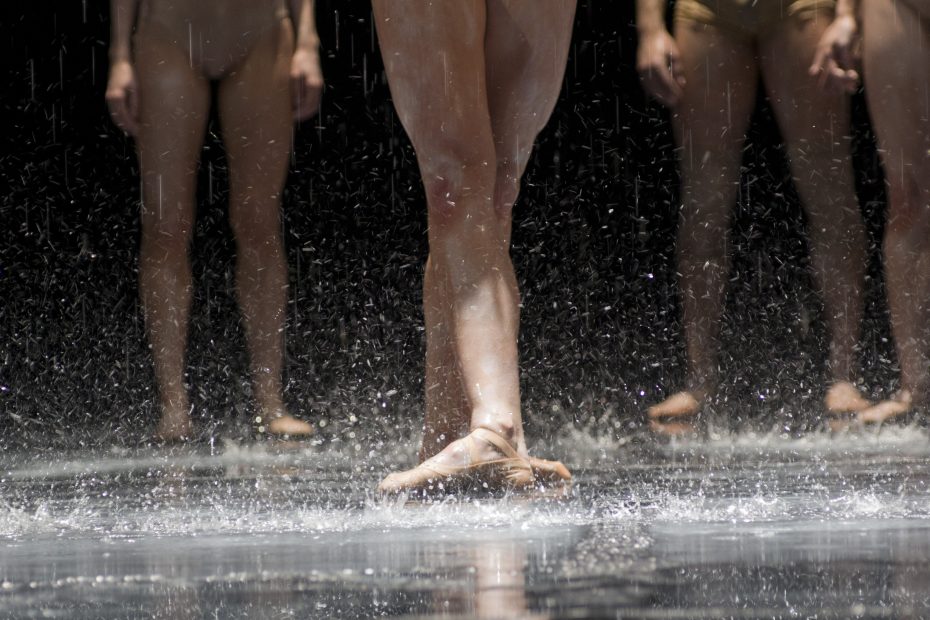 Le sacre du printemps, part of the project Hommage à Stravinsky, is an artistic tribute of the Ballet of Slovene National Theatre Maribor to Igor Stravinsky, honouring the 130th anniversary of the composer’s birth by reviving his work and making it aesthetically accessible to wider audience. Additionally, it also celebrates the centennial of the world premiere of Le sacre du printemps (The Rite of Spring) in the year 2013.

“The Rite of Spring is undoubtedly a masterpiece of cult proportions of the 20th century. It does not just represent a turnabout within Stravinsky’s music poetics, but also in history of music. Furthermore, the entire evolution of the 20th century dance performativity reflects in The Rite, starting with Nijinsky’s staged choreography and onwards, especially in Béjart’s majestic aestheticism and Pina Bausch’s unique creativity and lust for life. The latter two ‘principles’ have become a distinctive paradigm of the 20th century in their own right, influencing the majority of all subsequent staged choreographies.
The original Nijinsky’s production represents an initiation of my own choreography, in respect of its hermetism and ‘disturbing’ avantgardistic character at that time. My interpretation of The Rite could also be perceived as a personal tribute to Nijinsky and the infamous (lack of) ‘success’ of the world premiere in Paris, which has indeed become a dynamic platform of development for modern dance in the 20th century.
This interpretation of The Rite follows the original libretto and music texture, which both depict a legend from pagan (pre-Christian) Russia. The legend conveys a story about ritual sacrifice of a (virgin) maiden, who has to dance to death, in order to restore fertility of the Earth, and regain the benevolence of the pagan spring deity. In the iconographic aspect, the performance employs the ethnographic symbols of the ancient Russian legend, i.e. women with long braid of hair and rosy cheeks, and men with full-grown beards – both being sex symbols, transposed into the contemporary world – in which everything is prepared for the new consecration of spring.”
— Edward Clug