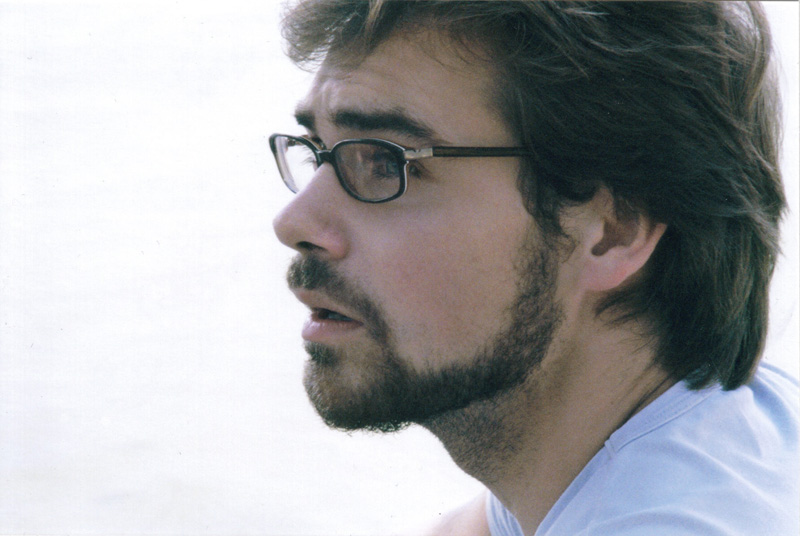 Bruno Bouché entered the Paris Opera Ballet School in 1989, engaged as the member of Corps de ballet of Paris Opera Ballet in October 1996 as quadrille, he took part in the grand ballets of the repertory.
In June 1997 Pina Bausch for her “Le Sacre du Printemps” which entered the choreographic repertory of Paris Opera Ballet at that time, chose him.
In 1998 in the evening of "Young Dancers" he danced the prince of “Sleeping Beauty”(Pas de deux - Act III).
Promoted to Coryphée in January 1999, then since September 2001 he had participated in the contemporary creations of the “Sept Péchés Capitaux” choreographed by Laura Scozzi, the Ballet Wuthering Heights of Kader Belarbi as Linton, and “AIR” of Saburo Teschigawra. He is promoted to Sujet in 2002.
He also dances “Stepping Stones” of Jiry Kilian, the first theme of “Four Temperaments” of Balanchine, “Signes” of Caroline Carlson, and “Pass Part” of William Forsythe. He is also the soloist of the Fairy of Jewels in Nureyev’s “Sleeping Beauty”.

In May 2004 he was invited by the Slovenian National Opera to Ljubljana to dance Prince Siegfried of “Swan Lake” with the company.

In May 2005 he dance for the Pina Bausch Opera-dance work’s “Orphee et Eurydice” by Gluck. He is “Paris” in reproduced “Romeo et Juliette” of Nureyev (July 2005). Roland Petit chooses him for the role of Swan for the entry in the repertory in mars 2007 of his “Proust ou les intermitances du coeur”. He dances for the first tour of Paris Opera Ballet in Australia the 2nd Pas deux of Emeralds of Balanchine in July 2007. He is in 2008 ‘Jean de Brienne’ at tne Opéra Bastille in Grand Pas Classique de Raymonda and dance le ‘pas de trois’ de Paquita in Bejin for the inoguration of the new Opera.The same year , he is ‘Baptiste‘ in the José Martinez creation , Les Enfants du Paradis, for the Ballet de l’Opéra de Paris. In 2009 he dance the Angelin Preljocaj choreography’s Le Parc, MC 14/22 « Ceci est mon corps » and his création Sidharta in 2010.

Since 1999 he is also artistic director of « Incidence Chorégraphique », who products the choreographic creations of the Paris Opera dancers (José Martinez, Nicolas Paul etc.) and performs in France, in Israel, (Suzanne Dellal Center in Tel Aviv and Karmiel Dance Festival) and in Turkey at the Opera and at the French Cultural Centre from Istanbul.