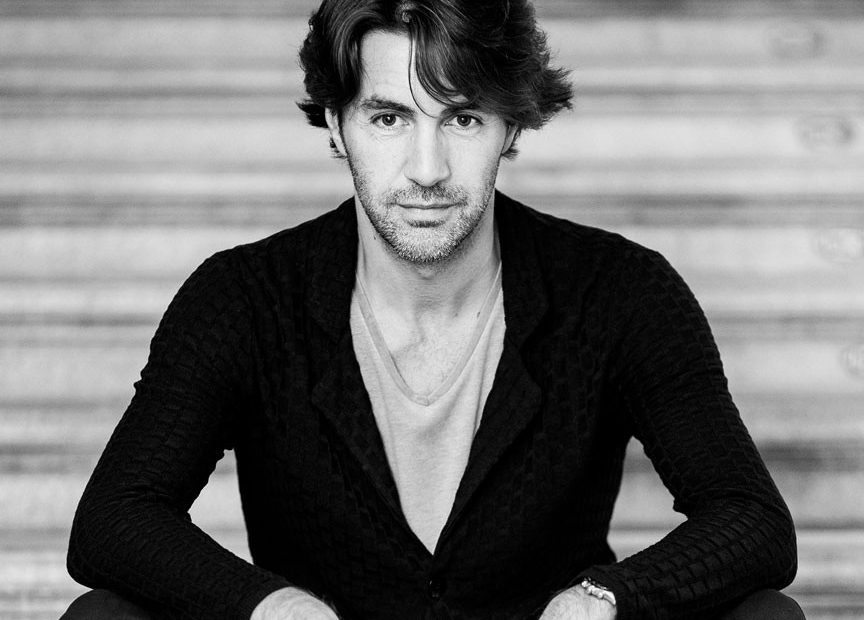 As far as Clug’s choreographic ideas are concerned, they put him as an artist high over the international level. All the honour! Dubrovnik audience was interrupting the performance applauding and at the end finished with ovations. It was another full hit at Dubrovnik festival.” »VIJESTNIK Zagreb«, Nenad Turkalj, 21.7.1999, Dubrovnik “New dimension of contemporary dance, deeply affecting scenes of relations between men and women intervene in everyday life and open the questions of disharmony that anyone of us can experience.” »OFF-STUDIES ACTIVITIES«, P. Ocepek, University Maribor

His first notable choreography was created in 1996 for the performance Babylon (directed by Tomas Pandur, Drama of Slovene National Theatre Maribor). In 1997 he created a choreographic miniature One which was awarded Special Prize of the 3rd National Ballet Competition in Ljubljana, in 1998 he created choreography for closing ceremony of Cultural capital of Europe in Thessaloniki, Greece and in 1998 Tango, his first dance project for Ballet of Slovene National Theatre Maribor, was created, which was awarded the “Dance performance of the year awarded by the Slovene Ballet Dancers Association DBUS. Next was the choreography for Silence of the Balkans by Goran Bregovic (opening of the Aarhus Festival, Denmark, 1999), followed by Bachelorette, dance project for Ballet of the Slovene National Theatre Ljubljana, Palermo by Goran Bregovic (opening of the Santa Rosalia Festival, Italy, 2000) and Amadeus (directed by Sebastjan Horvat, Drama of Slovene National Theatre Maribor). In 2001 he created Solo for Two Chairs for Ochi International Ballet Company (Japan), in 2002 First Letter & P.S. for the 4th International Ballet and Modern Dance Competition in Nagoya (Japan), as well as choreography for Hazarski Slovar (Dictionary of the Khazars), Maribor was created in 2002, which in 2003 he also staged at the Ochi International Ballet Festival in Nagoya, Japan.

In 1991 Clug joined Maribor’s Slovene National Theater (SNT) as a Principal Dancer while also performing with Zagreb Ballet as a guest artist.

Continuing his relationship with the Slovene National Theater, in 2003 he was appointed director of Maribor ballet, leading the company towards new and distinctive directions. Throughout the past decade, Clug drew attention of the international audience to himself, due to his specific choreographic style. He equally succeeded in putting the Maribor Ballet ensemble on the international dancing map. The Ballet of the SNG Maribor participated in the largest theatre festivals throughout the world performing his choreographies. His Radio & Juliet, choreographed in 2005 in Maribor, became an international hit and toured internationally: Jacob’s Pillow Dance Festival (USA), The Stars of the with nights festival in Mariinski theatre St.Petersburg, Festival of Firsts in Pittsburgh, Arts Festival in Singapore, Biarritz Festival in France, Dance Festival in Tel Aviv, Sintra Festival in Portugal, Festival Des Arts de Saint-Sauveur (Canada), and at the Seoul International Dance Festival (Korea), at the Milan Teatro Piccolo and toured Netherlands, Belgium, Italy, and the countries of ex-Yugoslavia.

In 2006, he created Architecture of Silence, in partnership with the Slovene National Theaters in Maribor and Ljubljana, with two choirs and two orchestras. The performance opened Singapore Arts Festival (2008). In 2008 he starts to collaborate with Slovenian composer Milko Lazar with whom he creates Pret-a-porter at the SNG Maribor (2008), 4 Reasons for the National Ballet of Portugal (2009) and Pocket Concerto for Stuttgart Ballet (2009). After the success of Pocket Concerto he continues to collaborate with Stuttgart Ballet for whom he creates “Ssss…” (2012) and together with Lazar “No Men´s Land” (2014). Both pieces received great response from critics and the audience.

After Stuttgart Ballet, Edward Clug continues to work with other major companies. For the Zurich Ballet he created the acclaimed Hill Harper´s Dream (2013) and Royal Ballet of Flanders commissioned him to stage Stravinsky´s “Les Noces” (2013). His latest creation for the Maribor Ballet is Stravinsky’s Rite of Spring. Maggie Foyer describes his work in Dance Europe magazine: “Edward Clug, director of the Maribor Ballet, has achieved the near impossible: a new and meaningful interpretation of Stravinsky’s Le Sacre du Printemps”. His works are being performed around the world and were commissioned by many ballet theatres: West Australian Ballet, Romanian National Ballet in Bucharest, Station Zuid in the Netherlands, Bitef Dance Company in Belgrade, Aalto Ballet in Essen, Ukrainian National Ballet in Kiev, Ballet Graz, Croatian National Ballet in Zagreb and Rijeka and Ballet Augsburg. New works are being on the way for Zurich Ballet and NDT2 in 2015.

Edward Clug also collaborated with theatre directors. Beside Tomaž Pandur with whom he started his choreographic career, he also worked with Haris Pašović the founder of East West Theatre Company. Together they created two pieces: Europe Today and Roses for Anne Teresa/Football Stories In Europe Today he was both choreographer and performer, while in Roses for Anne Teresa/Football Stories he was choreographer and coauthor.